An arrow consists of various parts and also comes in different types.

And the type of arrow you are using plays a significant role in a hunter’s performance.

Despite having the best bow you can’t hit the target precisely without the right arrows because they both majorly complete the setup for a simple archery system.

To choose the right carbon hunting arrows, you need to know about different parts of arrows.

In this article, I’ll walk you through a complete guide on parts of an arrow and their impacts on the entire projectile while hitting the target.

We did use several resources (such as the below YouTube video) for gathering authentic information and hope it’ll be more useful for archers.

The Parts of an Arrow

An arrow consists of four basic parts named nock, fletching, shaft, and point that make it up. Each part has its definable functions, to assure the perfect trajectory during hunting.

Those days have gone when wooden arrows used by the ancient archery lovers for shooting the targets even those are not got to use for the long-term.

While in the present era, there exists a great combination of modern hunting arrows that are comparatively manufactured by using the super-hot and aircraft-grade materials.

A plastic piece or V-shaped groove which is attached to the back end of the arrow or just next to the fletching, where the string of bow easily “clicks” onto it safely.

Basically, this one is an amazing chunk of an arrow that repeatedly snaps the bowstring into it especially when you are targeting animals.

Moreover, it also prevents the arrow from falling off when you are pulling the string back.

Nocks are available in the market with different configurations such as in several sizes and colors while modern nocks are lighted.

you can use lighted nocks as they help to track the trajectory of the arrow too. The reason is that string texture may be changed just due to the advanced innovations.

Having the opposite configuration to your bowstring may affect the accuracy and consistency of the arrow so, in this case, you should consider the nock size according to your string, carefully.

Below are some types of arrow nocks which vary from size to size:

Today’s highly demanding nocks by the archers that manipulate all the shafts such as skinniest carbon shafts and aluminum shafts too.

The installation procedure is very simple. Press the fit nock into the arrow shaft just by applying a bit reasonable force and push it downwards until the nock contacts the actual.

There is no need for any sticky liquid-type material to fit the nock like glue, well.

These types of Overnocks come in the market with nearly two dozen sizes for assuring the great assessment with all sorts of arrow shafts including carbon and aluminum shafts.

Easton’s X10 Overstock is one of the recent quality nocks which is most commonly used by each hunting lover because of its much durable and ever-lasting feature.

Pinnock might be a good choice for the hunters because of giving in-depth protection to your arrow from “Robin Hood” shots, well.

Although, you may feel a bit offended even after having the good quality of arrow shafts, exclusively when they are going to split, later on, every single shot.

However, at that instant standard size of pin nocks will be much suitable for your arrow because this will surely enhance your abilities in the field of hunting.

A cool feature that obviously forced the hunters to have, is that they do not need to change the whole nock when damaged because a plastic part of pin nocks exists in the market.

Only you need to purchase the plastic parts and replace them after each destruction. When it comes to affordability then you may feel nervous just due to the high price.

Usually known as the feathers or synthetic vanes which are attached on the rear of an arrow, having different colors to each other.

They are three in numbers and sometimes maybe more, just according to archers’ needs. Two feathers have a similar color while one has a different color, named as cock feather.

Fletching feathers genuinely play a vital role in the traditional archery because they produce an aerodynamic drag, a bit spin on the arrow, and many other cool features.

That makes the arrow flight more consistent, accurate, and stable while shooting.

Arrow feathers are generally made by using the plastic material because this is the least expensive and much durable that makes your consideration properly reliable in hunting.

You can purchase the pack of vanes just according to your requirement in different shapes and sizes and obviously configure in the straight and parallel positions, well.

The accuracy of your arrow may be affected by using the wrong shafts.

Although the shaft is the longest part of an arrow which is constructed from fiberglass, wood, aluminum, and carbon material for giving the consistent flight to hunters.

Mainly carbon and aluminum shafts get to use for the bows as well as crossbows just due to enough durable and ever-lasting features.

However, there are some important factors before purchasing the arrow shafts, by which you should go through step by step for making your consideration reliable.

The lighter weight arrow shafts make very fast shots towards the target as well as flatter trajectory that originally inspire the serious hunters to have it.

While heavyweight produces in-depth penetration in the actual target.

Generally, both of them have equal pros and cons due to which you need to make considerations just according to your personal experiences and preferences.

Basically, the term “grains” is used to calculate the weight of the shaft and that’s why five to six grains for each pound is recommended by the professional shooters, even for the beginners.

The spine is the measurement of the flexibility of the arrow shaft that you are used to shooting the target at some degree of angle. It is also known as the stiffness of your arrow.

The use of a suitable spine greatly impacts the accuracy and specific dimensions of your shooting arrow. On the other hand, it is very tough to determine the actual angle of stiffness, well.

The diameter of the arrow shaft should be selected just according to your personal preferences because the wrong decision can cause the precision and stability of your arrow.

It is stated that the small diameter of shafts produces the aerodynamic drag, maximum kinetic energy, and better penetration in your target animal.

However, 5/16” and 9/32” is considered the standard measurements for the shaft’s diameter.

Arrow tip is considered one of the most important parts as compared to others because it takes all the damages, especially when piercing deeply into the target animals.

There are mainly two types of arrowheads, known as field points and broadheads given below which are sharply used by both beginners and professional hunters according to their needs.

Whether you are a newbie in archery then you must use the field points to hit the targets because those are specially designed for the practices.

You cannot use the field points for killing big animals like deer and elk because they do not have any type of sharp edges like broadheads.

The cool feature of the field point is that it uses the wire hooks to keep the arrow from being lost in the dense part of bushes as well as fields while practicing the game.

On the other hand, those are available as in the equal weight of broadheads. Generally, 120-125 grains of weight is considered the standard weight by archery exports.

Broadhead is a great combination of three to four razor-sharp blades which are mostly used during the hunting of large animals such as deer and elk.

A fixed-blade broadhead is directly attached to the shaft or can be installed on a screw-in ferrule. As the name implies, it is fixed and strongly glued.

This type comes in different shapes and sizes, well. You can get great penetration in your target animals. Moreover, worth the money due to durability.

Removable broadheads enable you for quick sharpening as well as replaced by the other, especially when they are damaged or dull after hitting shots to targets.

In the case of expandable broadheads, when the arrow hits the target animal then blades open up and make maximum damage. That’s why most people love them.

Finally, we have successfully crafted a detailed and reliable guide for you about all the parts of arrows just by describing clearly, step by step.

It is very important for every hunting lover to know all about the bow setup for getting the full accuracy and top-notch performance in archery. Best of luck! 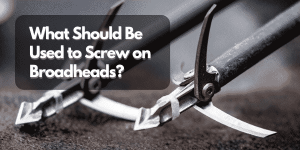 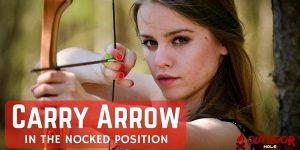 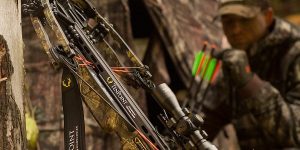 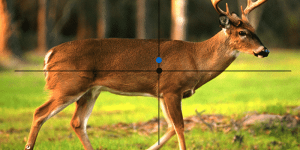 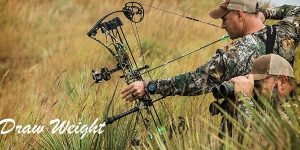